Introducing “MELTANT-α”, an avatar robot with the world’s most powerful and flexible robotic hand

Introducing “MELTANT-α”, an avatar robot with the world’s most powerful and flexible robotic hand 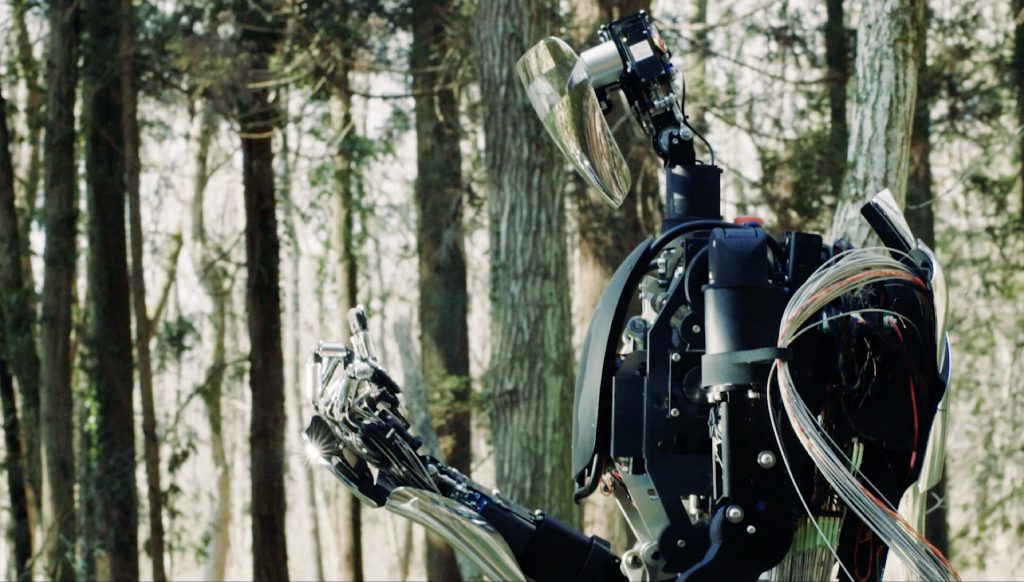 Monday, March 12, 2018, MELTIN MMI (Head office: Shinjuku, Tokyo, CEO: Masahiro Kasuya, hereinafter MELTIN) presents its independently developed avatar robot “MELTANT-α” (MELTANTAlpha).
MELTIN aims to transcend the limitations of physical bodies through its development of cyborg technologies designed unleash the creativity of human beings. The first step in this process was its development of a practical myoelectric prosthesis. This prosthesis included cyborg technologies that
allowed for processing of bio-signals to faithfully replicate the movements of the body and technologies to limit its robotic mechanisms.
MELTANT-α is an avatar robot concept that makes use of the knowledge gained through developing this technology.
The hand and finger included in MELTANT-α allows for movements that are extremely close to those of the human hand. The complex movements it can make combine flexibility, speed, power, durability, and accurateness, creating “another body” that allows users go to anywhere in the world. 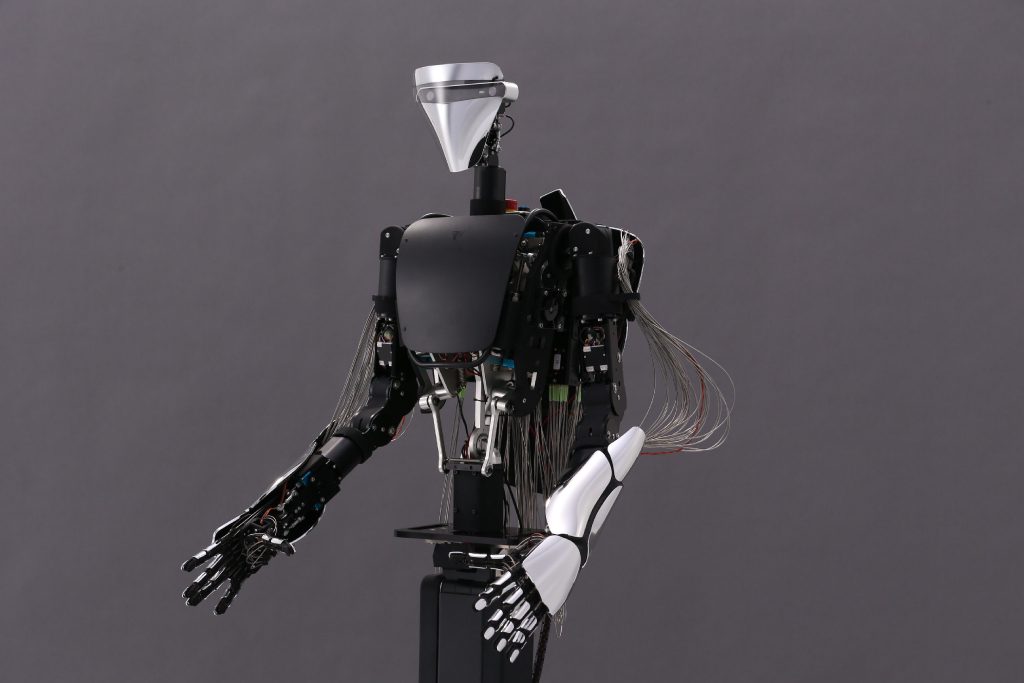 In order to create the structures for hand movement in MELTANT-α, MELTIN thoroughly researched the human body, in particular the structure of its muscles and tendons. The company landed on the concept itself through the idea of directly copying the human hand. The human hand moves through a complex combination of multiple muscle groups and multiple joints. MELTIN has recreated the complex movements of the human hand using wire-powered operating mechanisms, allowing for both strong, yet delicate movements that would be unthinkable for a traditional robot. This has been achieved while still maintaining a size and weight that is the same as a human hand.
There are no previous examples of a technology like this anywhere else in the world. It is a completely new technology that reproduces traits unique to human hands such as delicateness, dexterity, and strength, in the same form as a human hand. 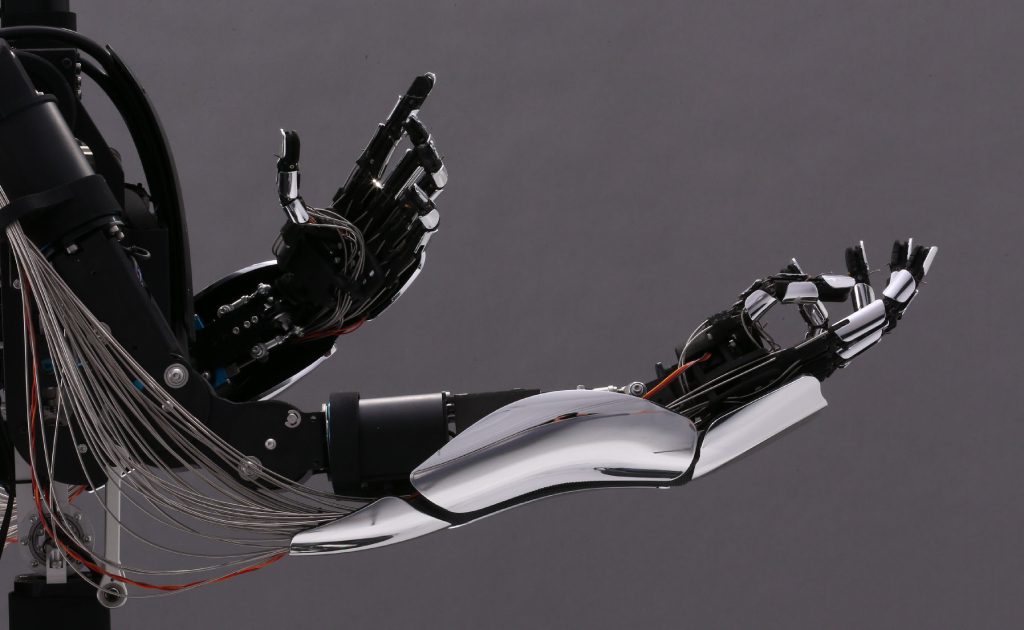 Using wire-powered operating mechanisms that mimic the structure of the human hand allows for powerful movements such as lifting bottle of up to
2 kg with two fingers, and supporting objects of up to 4 kg with both arms. This technology does not rely on actuators and so could be combined with hydraulics and other types of actuators. 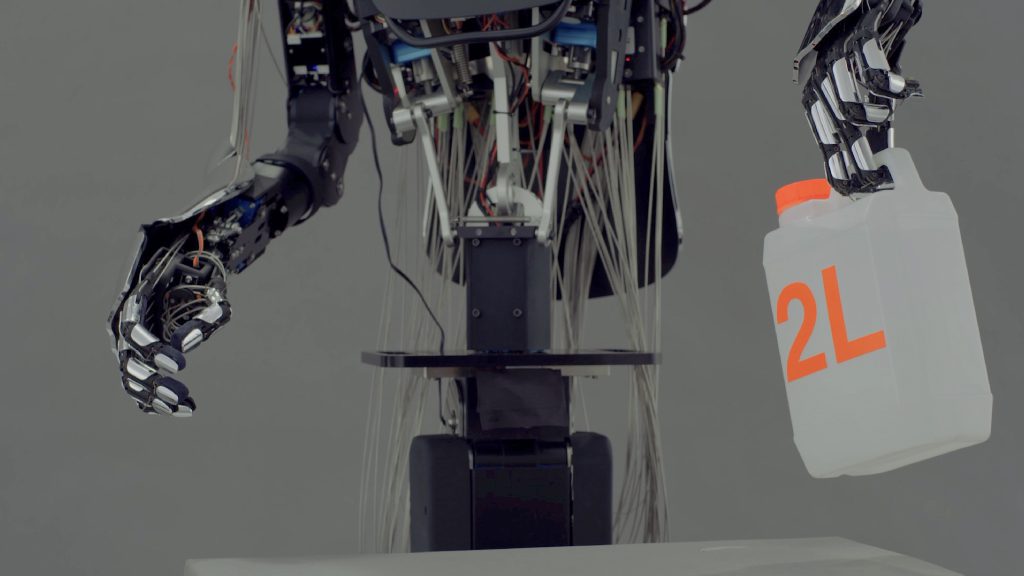 It’s difficult to control wire-powered movements using existing technologies, which made it hard to replicate the fine movements of the human hand. However, MELTANT-α’s unique control algorithms allow for delicate movements such as holding an egg without breaking it or removing a screw-top lid from a plastic bottle. 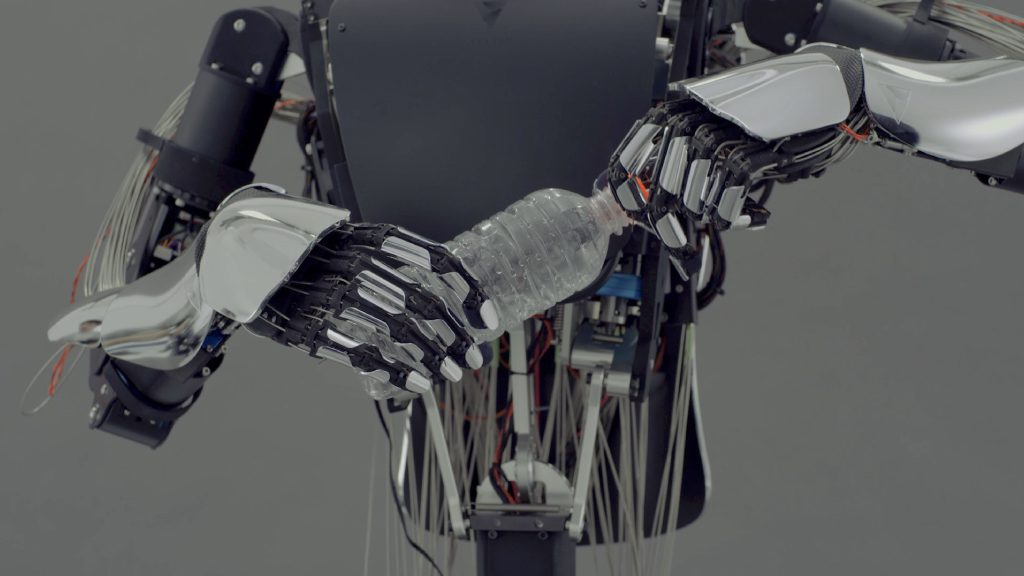 A separate body that can be remotely operated in space or from the
other side of the world, allowing for a diverse range of applications

MELTANT-α also includes 4 cutting-edge properties including remote-operability, real-time operability, durability, and haptics, allowing for another version of oneself in another part of the world. 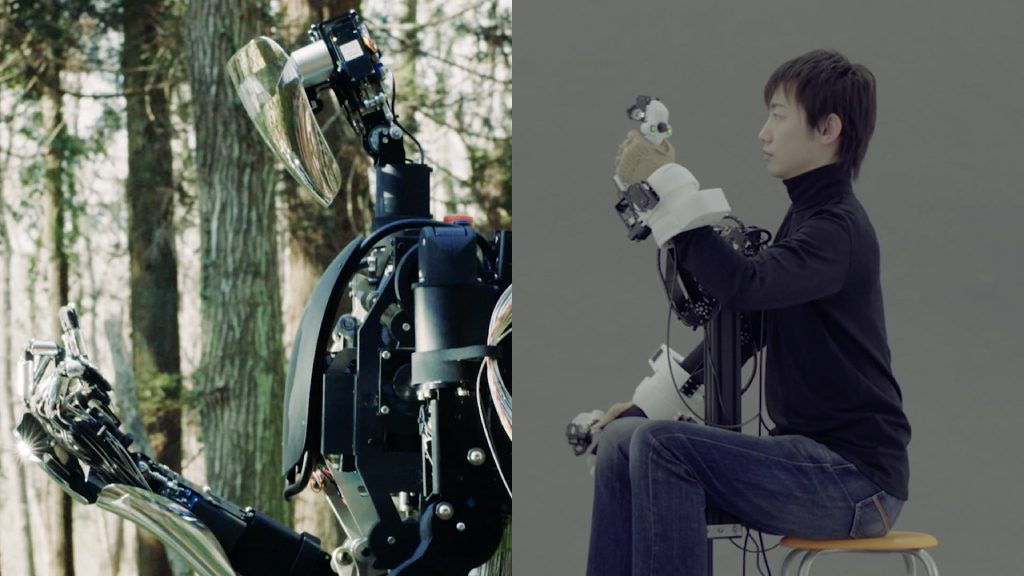 By solving one of the most important issues related to robotic hands, namely; combining strong and delicate movements, MELTANT-α allows for complex movements that were previously difficult to reproduce. This ability provides it with practical applications in a large number of different fields.

The 3 products used in MELTANT-α are being developed separately: its hand, hand/arm, and body. 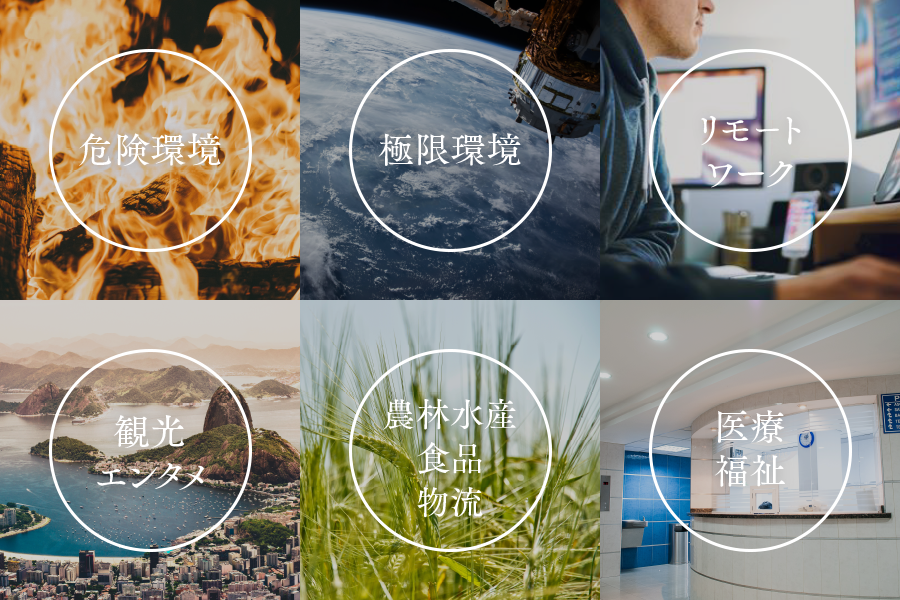 MELTIN MMI
MELTIN MMI is a research and development venture that aims to create cyborg technologies that incorporate bio-signal processing and robotic
technologies, allowing humans to transcend their physical forms and creating a world where humans can live happily and freely.